After a nice and refreshing summer break we are back in full force… Kicking off with one our of the strongest line ups to date! Headlining this night we have Birmingham’s rising star RTKAL to blaze up the microphone with his wicked lyrical flow and diverse style alongside London resident and musical heavyweight  Trashbat bringing his deep earth shaking basslines and soothing “outta-space” melodies. 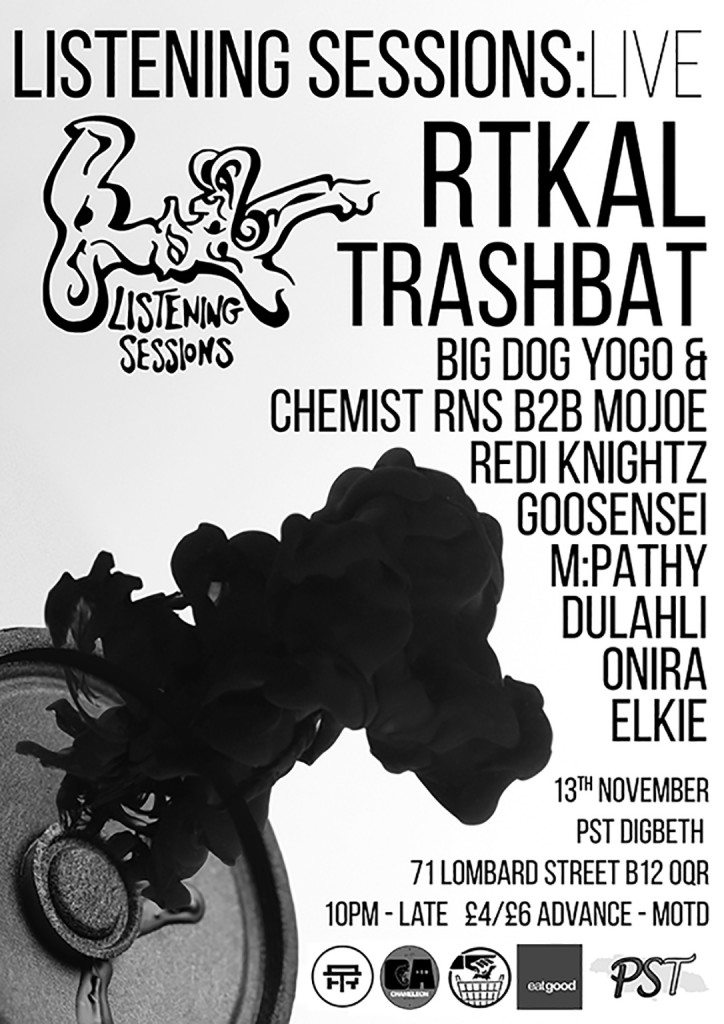 Leading the way we have Birmingham’s own RTKAL gracing the PST Rooftop! 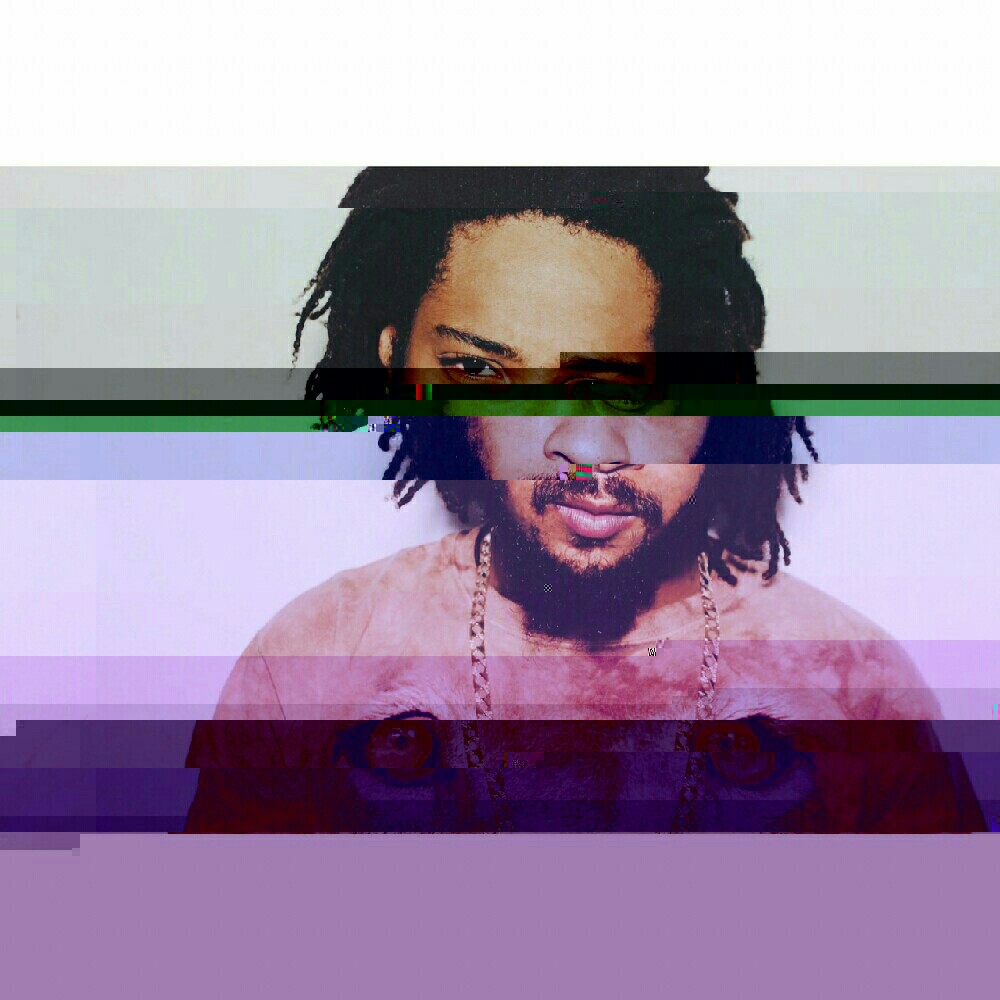 And recently made a guest appearance on Toddla T’s 1xtra show blazing up the microphone.

This is going to be a performance to remember!

Next up we have invited the musical maestro TRASHBAT 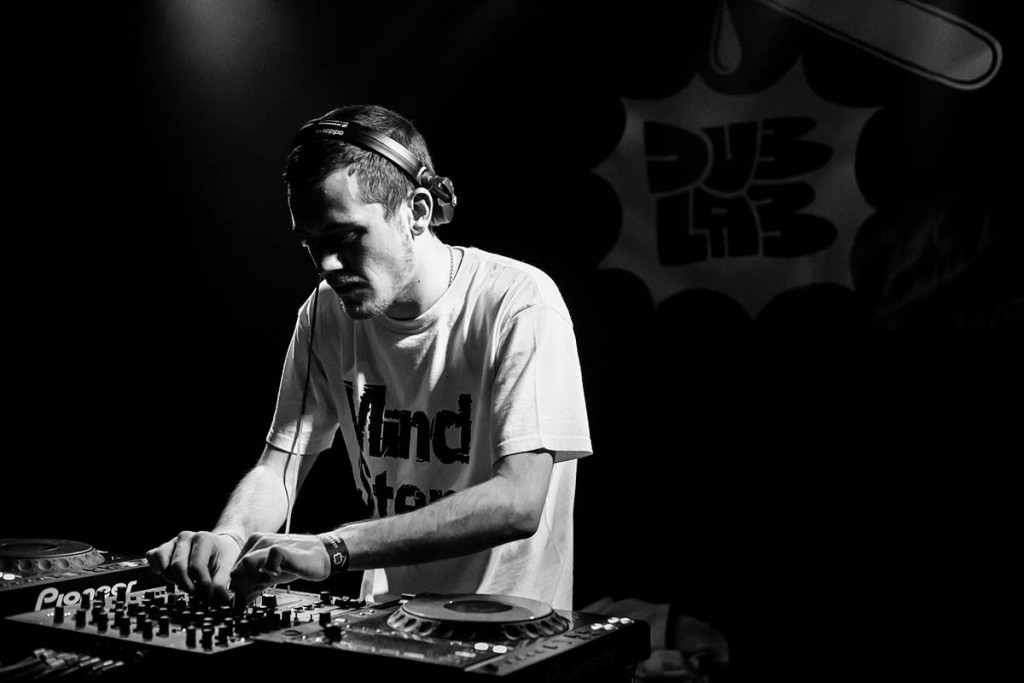 Next up we have invited the musical maestro TRASHBAT back for his 2nd set with Listening Sessions after he tore the roof off with his productions in 2014 during the Mind Step showcase. 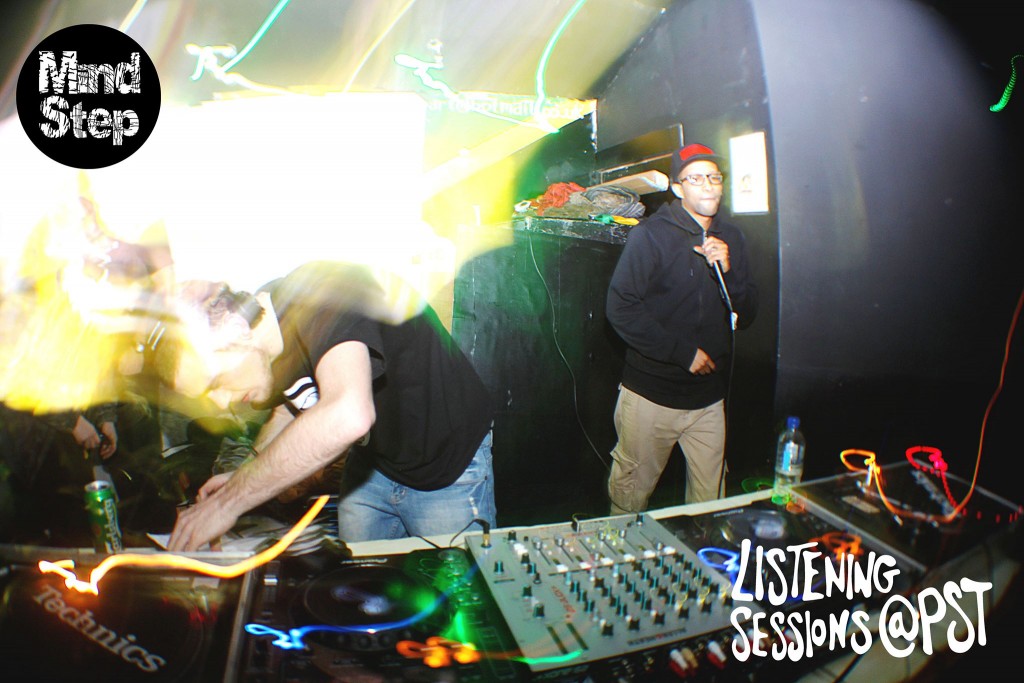 He is currently preparing for his US tour so you can be sure to hear the freshest unreleased material from him on the night.

Support on the night as always comes from artists in the Listening Sessions community: Hip-hop, Dub, Grime, Dubstep, Drum & Bass and more!

PST are providing cans of Carling for £2.50 rather than the usual £3 and will also have tasty hot food on offer from their kitchen.

Tagged with: RTKAL, TRASHBAT
Logging In...