HRMX is a producer who’s tracks have featured at the Listening Sessions events on a Thursday and he has also played at some of the Listening Sessions LIVE events too. He is part of the After Hour Audio collective (which is associated with the After Hour Authors who specialise in the finest urban artwork around). I was really impressed by HRMX’s recent release (the Gutterstanding E.P.) and so I got in touch for this interview….. 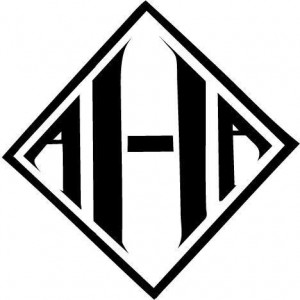 You’re part of the After Hour Audio collective, how did that come about and who else is involved?

Ali Wilson (Cujo Cussler) introduced me to the After Hour Authors Collective back in like 2010? These guys are all sick artists doing their thing up in Brum: Daniel Guy (The Hores), Ryan Savage (Mr Savage), Ashley Dhnoa (The Trip) – graffiti, drawings and all that jazz with their own unique styles. It was all good, but I can’t draw, I make music. I felt like the stupid kid in the class. So I stole their name and logo, After Hour Audio… Along with Jack Annand (Illspirit), Matt Trudgeon (Archfiend) and more soon to come, we provide the musical side to the collective.

How did you get to hear about Listening Sessions? And do you think it has helped shape your music?

Again, Ali Wilson was the link up here! He told me about the Listening Sessions night, and there’s nothing like that here in Worcester so we were straight up there. Got introduced to Mat Goose and Tom Hayes and have been making an appearance there ever since. In regards to helping me shape my music, I think referencing the mix on different systems is crucial! And its not often you get to do that on a bigger system and get to turn it up! 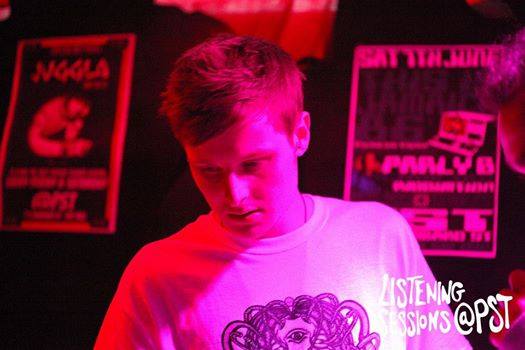 How long have you been making music for, and what are your influences?

I’ve been playing piano for over 10 years, so have always been musically minded but never really thought about production until about 2007. It wasn’t until tracks like Benga – Fearless, DMZ – Haunted or the legendary Dubstep Allstars series that really got me thinking about exploring bass music myself.

Some of the tracks you’ve released on your bandcamp page are quite musical, is that due to you playing piano? What kind of music did you play on the piano?

Thanks, and I would like to think so! I started off having lessons and would play all sorts of styles mostly classical and pop songs, but I got bored of playing other peoples songs very quickly as there was something very rigid about the whole process. Ever since I started producing, my whole approach to piano has changed, I use it more as a tool to create music now, experimenting with chord progressions and voicings. This very quickly lead me on to jazz piano techniques and ideas, which I highly recommend any producer/songwriter to research as well, it still interests me now as there’s so much more to learn.

What do you use to make music at the moment?

Some of the music on AHA bandcamp page feels like it references some of the early Tempa releases like Horsepower Productions, etc… Would you say there’s any truth in that, or is it coincidence?

Yes definitely! These were the sounds that introduced us into to the dubstep scene. There’s something about the atmosphere that was created in this era that I suppose we are trying to capture, not necessarily the sounds in particular. 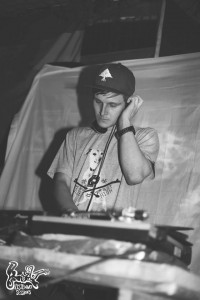 What are your influences?

The pursuit of an altered consciousness, journeying through mystical realms of reality, encountering spirit beings of worlds old and new. Psilocybe semilanceata to be precise.

I suppose I have influences from various genres. I was brought up in a house that listened to a lot of rock music, Pink Floyd, Robin Trower, Jefferson Airplane etc. I then got into electronic music with a few key albums, one was ‘Positive Alchemists’ which was some crazy psy-trance mix, I had never heard anything like it. The other is ‘Out the Box’ by Ed Rush & Optical, that mix got me into Drum & Bass.
It all went a bit mad when my mate got a subwoofer in his car, then hearing tracks like ‘Turn Down The Lights’ by Benny Page was just pure good vibes. It was suddenly all about the bass and how it made you feel.

Also, my grandpa played piano and has always been a massive inspiration for me musically and to keep playing piano.

How did you hook up with the rest of the people you’ve worked with on After Hours Audio?

Jack (Illspirit) has been a fellow stoner for ages, we went to the same primary school etc. I met Matt (Archfiend) at Worcester Uni we were on the same course, and he liked the same music so we went from there. He is also behind Clouded Minds which is a collaborative effort between him and his mate Elwood (Palla Dubs).

You mentioned about researching jazz piano techniques and ideas, where’s a good place to start? And is there any music you can recommend which would help with that?

Get your theory done! I can’t stress how important it is to read up on scales, modes and key relations, as when it comes to writing music, you know what will and won’t work. Another area which interests me is muscle memory, I still don’t understand how my fingers can remember how to play something when my mind has completely forgot. This is where repeated practise comes in, scales, arpeggios, chords over and over and over and over…
A ‘simple’ tune to get the jazz flowing is something like ‘So What’ by ‘Miles Davies’. You can hear there’s only really two chords in the song, Dm7 and Ebm7, with the chord changes anywhere from 8-32 bars apart, but still sounds so varied and interesting, this is why I love jazz.

Have you got any releases coming up, and are there any plans that you can share about future projects?

AHA X, the next one from After Hour Audio, it’s our 10th release, which isn’t that much of a landmark really but it is for us! So we are curating a 13 track LP which is currently in the mastering process. There’s a lot of different styles on the album but it’s all around 140 bpm of course. There are a few new names on this album as well so keep your ears peeled.

Big up all the Listening Sessions crew, keep up the sick work and see you on the rooftop!

Check out these links for some HRMX and After Hour Audio goodness: