Rawtrachs has been with us since the beginning of Listening Sessions back in 2013, and he’s been championing grass roots music and culture in Birmingham and beyond, long before that! DJ, producer and leading force behind Futurepast Zine, the incredible music label and zine – it is a great pleasure to have him performing at our next showcase event 14/7/22. His warehouse rave sounds are crafted from a deep spectrum of influences, it is bass heavy and it will get you moving!

Introduce yourself – who are you and how would you describe your music?

I’m Rawtrachs. I’m not sure how I’d describe the music I make, I don’t intentionally stick to specific genres of music.

How did you get started with music production?

I started making music as a kid with a Casio HT-700 keyboard in the late-90s. Then as I got older, I started to get some hardware (sampler, fx, etc) but I was really rubbish with it and struggled to finish tracks. I sold it. And then a few years later around 2009 I started to mess about with a DAW and slowly got back into it.

What would you say are your main influences – musically or otherwise?

Musically, anything really. I grew up listening to jungle, but I’m into a variety of music. I’m influenced by other artists; my friends that make music and DJ; and experimenting with sound to see how far I can manipulate it from its original sound/source.

Tell us a little about your production workflow – any software or hardware you use, any special techniques or sources that are indispensable to your sound? 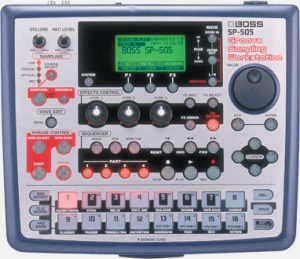 I use a 16 track version of Ableton, it doesn’t have all the plugins that are in the other versions. The limitation of that definitely helps. I like the sound of things recorded to minidisc so I do that from time to time. I’m interested in using any tools I have at hand to evolve/adapt a sound, e.g. using the FX on a DJ mixer, cheap samplers (I have a Boss SP-505).

What do you do when you’ve lost your musical mojo?

I do other stuff like chill with my family, watch films etc… It’s rare that I feel like I have lost it because I tend to be inspired a lot. When I’m less active with it, it’s usually because of a shift of focus. I never really think of it as ‘losing my mojo’ because for me making music is expression using sound, it’s nothing more than that.

What are your favourite and least favourite BPMs to work at?

I don’t have one. I’m not interested in working with a specific bpm in mind, unless there’s a DJ that I’d like to make something for.

When you make music, where do you start?

Anywhere. I might sample a break. Or a sound. Bass. I might chop a vocal and see if I can do anything with it. I sample sounds using my phone a lot too.

If you could go back to when you first started out and offer your former self one piece of advice, what would it be?

I’ll rephrase the question to be what advice I would give myself at any point in time, which is to have fun with it.

Listening Sessions! There’s lots of amazing artists, promoters, events, labels all based in the Midlands. Some of us ACTIVELY support each other but I think there’s definitely more that can be done across the board. I think more can be done in inspiring people to be active. I also think improvements can be made in terms of inclusivity and diversity of line-ups where possible, not just by race, sexuality gender, but also background, class, age, etc. I think if you’re not a ‘minority’ it’s difficult to properly understand it and therefore easily brush it off. One thing I’ve experienced from Birmingham heads is a lot of amazing, incredible support. Birm is definitely a winner when it comes to that! The last Ghost Snares event was testament to that as well, I’m still vibing from it. Also, I’ve had the pleasure of working with a Birmingham/Midlands artists (sonic and visual) but I’d like to work with more at some level and also do more. I often wonder why we don’t have our own version of NTS, Balamii, Noods, etc. We have such a musically diverse amount of talent in this city, it’s unreal and we don’t do enough to big it up AND connect it all together. I’ll stop now as I have realised I have mentioned a few things there, but on the whole it’s all love

When you’re not making music, what other interests and hobbies do you have?

I do my best to spend time with my family as much as I can, outside of that it’s usually music related stuff and that’s about it.

Do you feel Listening Sessions has helped you progress as an individual artist?

Most definitely. I have had a lot of production advice from fellow LS peeps which has made a massive impact on my own productions. Also having the opportunity to DJ at some of the events has been great. By being a part of the community it facilitates collaboration and a lot of good things. When you hear music that feels better than your own you start asking why, challenging yourself to be better, and upping your game.

Which other Listening Sessions producers are you feeling at the minute?

There’s always going to be the usual producers for a variety of reasons, and generally I enjoy 99% of the music I hear. It’s not easy to play your own music to people so respect to all LS producers. Recently, I’ve been enjoying the music from Prodigal and Big Choc.

Where can we hear more of your music?

Do you have any upcoming releases, events or other stuff you’d like to promote?