One of the founders of Listening Sessions, Goosensei (real name Mat Goose) is known for his rolling dubwise tracks featuring thick echoes and atmospherics. Having released material on on Earth City Recordz, Sublimated Sounds, Beta Birmingham, Spectrum and Dubs Alive Records, Mat’s repertoire of music is quickly expanding and becoming more and more refined with each new beat he puts out. 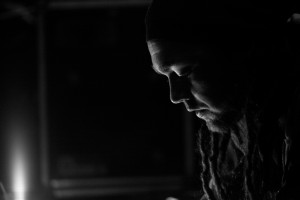 The recent “Summon EP” reached #5 in the Juno Download chart, and saw 2 Listening Sessions regulars, Krytikal and Earth Is Flat make an appearance on remix duties, alongside American dubstep heavyweight Noah D. His tracks have been played by the likes of Infra from Berlin, Buster and Mentha from london and Bakir from New York. He’s also received support from dubstep blog FatKidOnFire, who he recently provided with this 100% vinyl roots mix:

Mat’s sound displays strong dub influences which are reminiscent of the golden age of dubstep, when the sound was still all about heavy basslines and lurching halftime drum patterns. His latest piece for the Futurepast Zine Compilation sets cavernous drums against a backdrop of lush dubbed out stabs with an unimposing but thought-provoking vocal snippet – a true smokin’ riddim!

You can read more from the man himself in this interview on dubsalive.com, and catch him over on SoundCloud, Twitter and Facebook. You can also catch him at Curious Yellow Weekend Festival!